ConnectHER envisions a world where women and girls are seen, heard, and encouraged to reach their full potential. 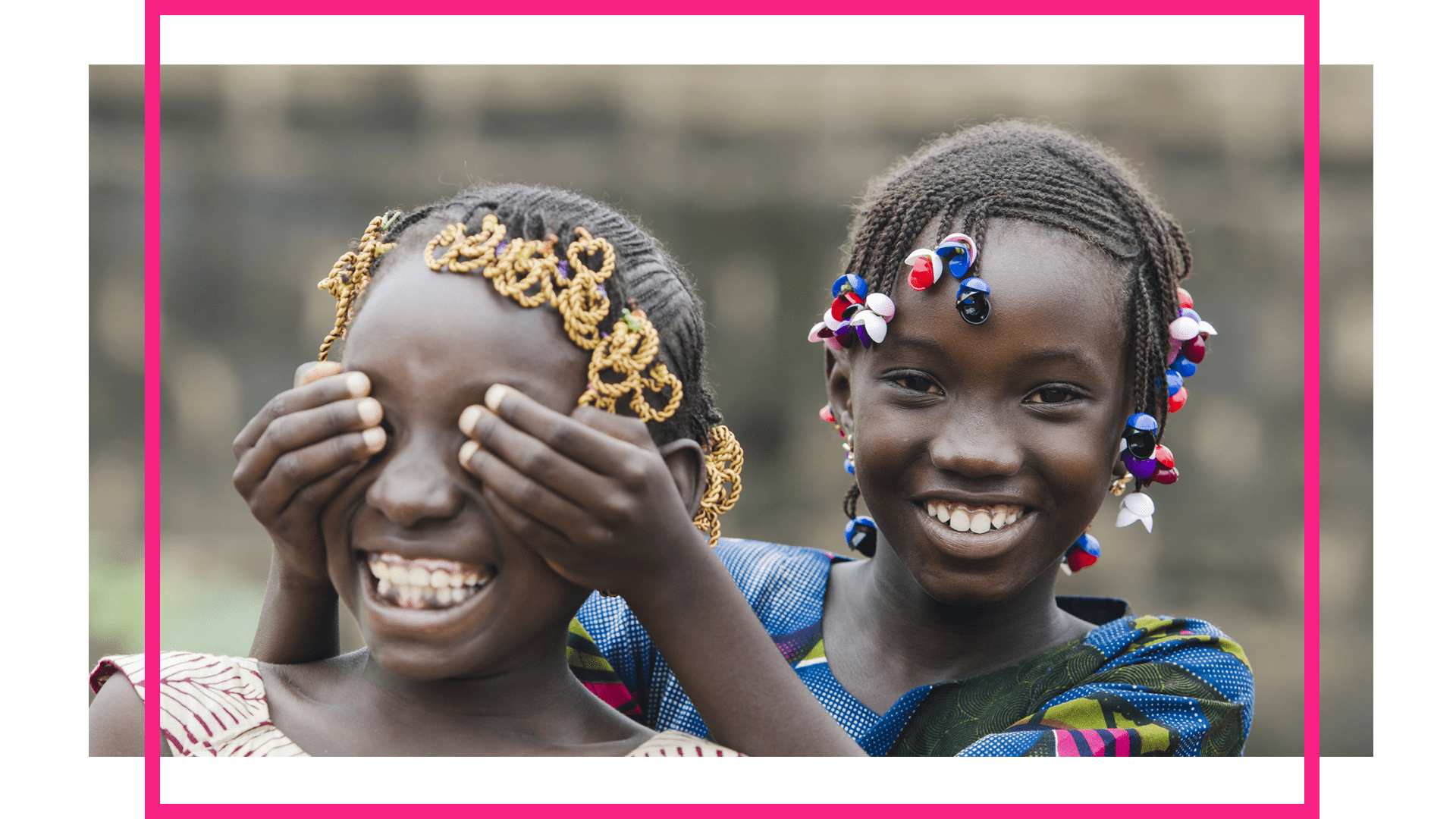 ConnectHER invests in women and girls by elevating their status through projects, stories, and film.

We accomplish this through:

ConnectHER was founded to elevate the status and stories of women and girls. Founder Lila Igram didn’t see faces or voices like hers represented in the media when she was growing up. As an adult, she heard the story of Edna Adan, a Somali nurse midwife providing maternal healthcare. Edna’s story resonated with her on many levels, in particular Edna’s fierce dedication to be in service to her local community. Lila shared Adan’s story as part of a crowdfunding campaign that raised $10,000. Recognizing the power of story to compel people to act, ConnectHER was founded in 2011.

In the last ten years, we have become a powerful platform that supports projects and stories around the world

We fund local and think global.

We have raised $500,000 for 40 female-founded, locally-led organizations in 20 countries that work on issues ranging from maternal health, education, economic independence and ending gender based violence. Effective, sustainable change can only happen when women from their own communities are represented in decision-making and leadership.

We believe women and girls deserve to be seen and heard.

Through the ConnectHER Film Festival, we have received 1,250 original films from 42 countries and awarded $175,000 to young filmmakers. Since 2012, we have hosted our annual film fest at Harvard University, in Austin, Texas, and online to showcase youth-made films telling stories of women and girls. We invite young people’s perspectives and solutions to problems facing their communities because we believe their voices are vital in solving challenges facing women and girls. Projects like Pitch Fest and the Fellowship originated from a desire to provide more opportunities for our filmmakers.

We are stronger together.

Sometimes a film sparks a movement and sometimes a project inspires a film -- the magic is in bringing people together in conversation. Our community is made up of incredible women and men accomplished in their careers, global leaders in development, youth filmmakers and female founders. Our shared goal is to support women from the communities they serve. Together, we value and invest in authentic representation in projects, stories and film 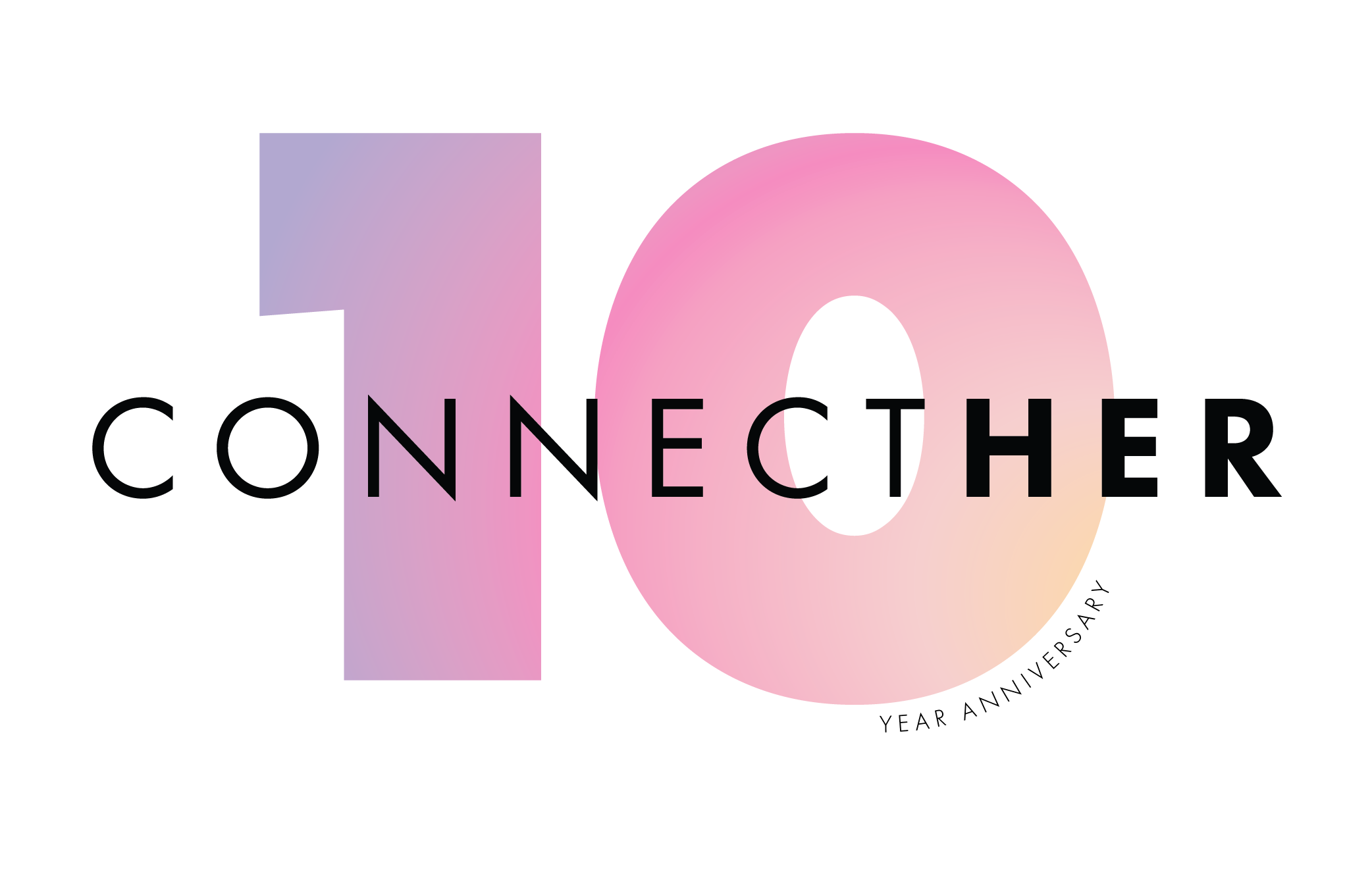 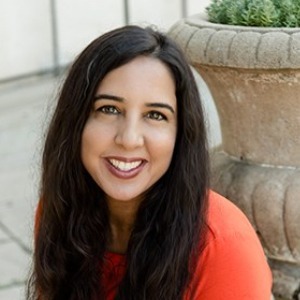 Lila founded ConnectHER with the purpose of authentically representing the voices and stories of women and girls around the world. ConnectHER invests in women-led projects and runs an annual film festival for students to tell stories about critical women's issues. 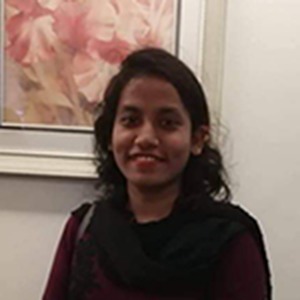 Nasima Akter, a Bangladeshi resident, has completed her Master of Business Administration in Human Resources Management from the University of Chittagong in 2018. Nasima has ran emergency projects on child protection during the most recent refugee influx in Bangladesh. She has been providing her voluntary project management skills to ConnectHER. 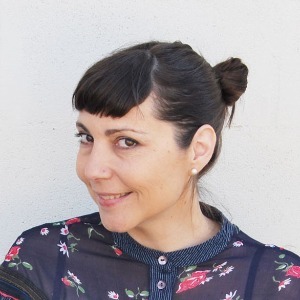 Mother of 1. Wife of 1. Human of 2. Friend of Many. A Catalan living in Toronto, Canada. Marta likes to spend her days experimenting with everything from children’s books illustration and pencil rendering to web design and print media. She is in continual pursuit of learning. 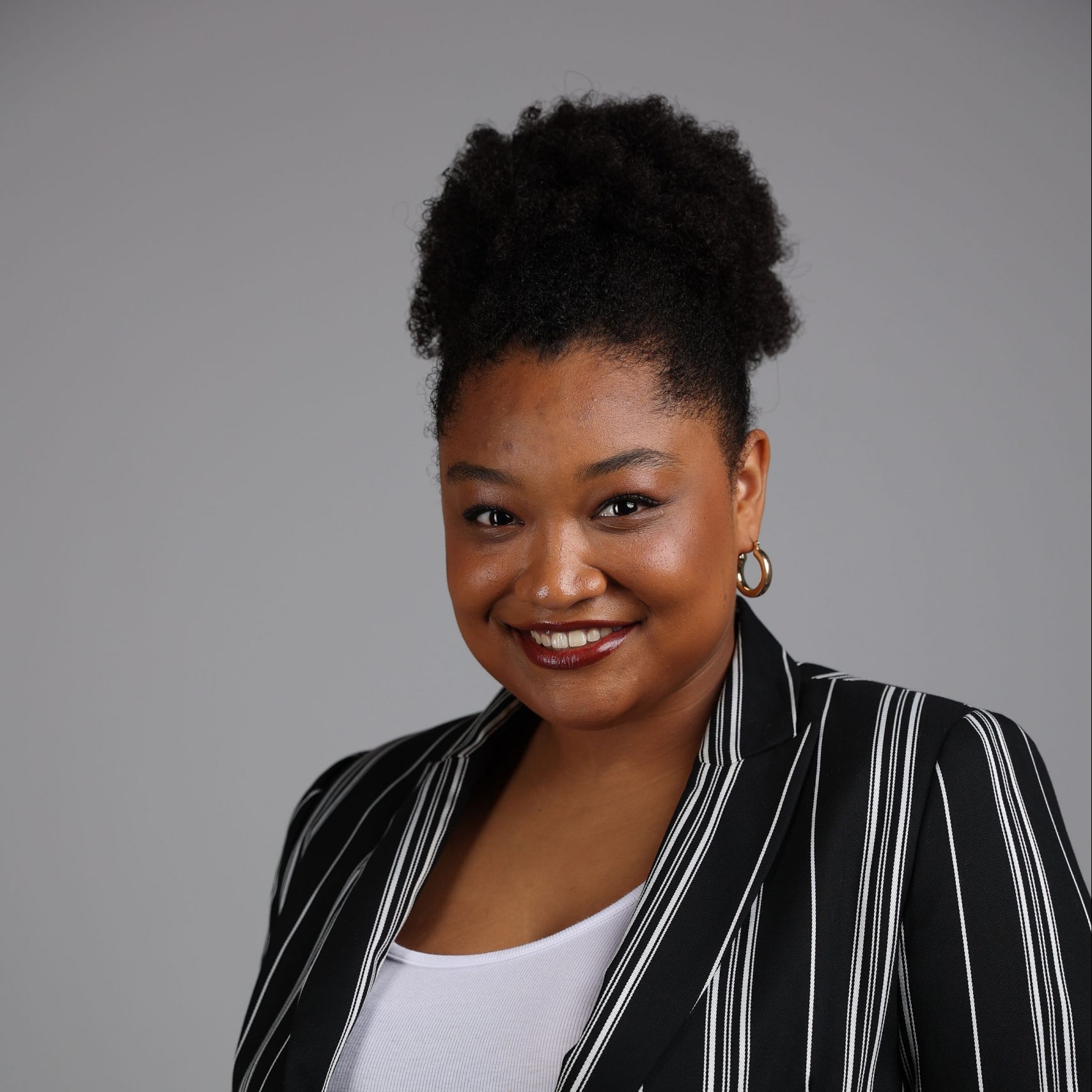 Amaya Savoy-Easton is a recent graduate from Texas State University. She majored in Public Relations with a minor in film. Her love for film goes beyond being a consumer of stories. You can find her most days in front or behind the camera telling stories she's passionate about.

Meet Our Board of Directors 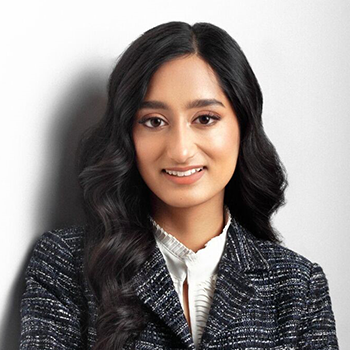 Amani (she/hers) is from Princeton, NJ and graduated from Duke University with a degree in Visual and Media Studies, a certificate in Information Science, and a minor in Arabic. Currently, she is a first year JD Candidate at Harvard Law School. A fan of true crime documentaries and emotional memoirs, she cares deeply about social impact and is excited to serve ConnectHer and support their work. In high school, she spent much of her time working with the Trenton Area Soup Kitchen, co-founded an interfaith community service group, and was a teen representative on the Board at the Princeton Public Library. On campus at Duke, when she was trying to be a real human away from textbooks, she ventured out and worked with refugees settling in the area and served on the Library Advisory Board. 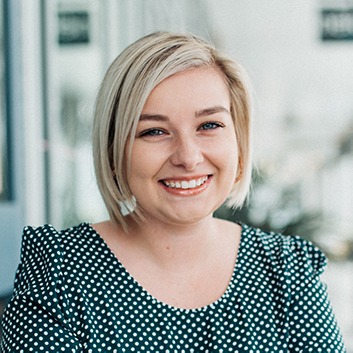 A true Longhorn, Chelsea graduated Phi Beta Kappa from The University of Texas with a bachelor’s degree in Liberal Arts Honors, Plan 1, and Humanities Honors and received her Masters of Liberal Arts with a focus on Grant Writing and Nonprofit Leadership from St. Edward's University in 2017. Chelsea serves as a member of NEXUS' partnership braintrust with the United Nations (UNFPA). Chelsea also serves as the President of the Keep Families Giving Foundation. She launched the foundation for her family and hosted the first intergenerational impact and philanthropy focused summit at Google in downtown Austin prior to SXSW in the spring of 2020. 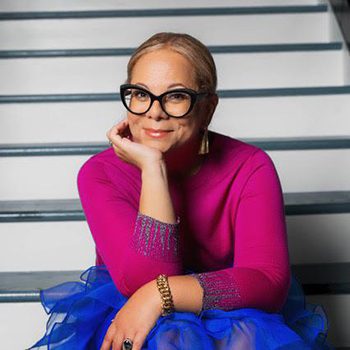 Fayruz Benyousef is Founder and Principal of Fayruz Benyousef Consulting (known as FBC). She is passionate about the vital space philanthropic organizations hold in all communities and has made it her mission to support these organizations and their leadership, both professionally and personally. As a seasoned certified fundraising professional, she has leveraged her 25 years of experience to implement transformational change and sustainable infrastructure in a variety of non-profit organizations. 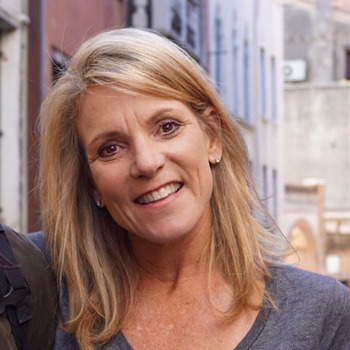 From the Caribbean to Southeast Asia and the Middle East, Gretchen spent her youth traveling the world while attending international schools. She grew up with kids from all over, and learned that while we may come from different places, we all have things in common. As an Austin Travel Advisor with Departure Lounge, Gretchen designs excursions to places near and far and believes that any destination holds endless opportunities, if only we are able to open our eyes to them. Her belief is that travel is the best education one can invest in. 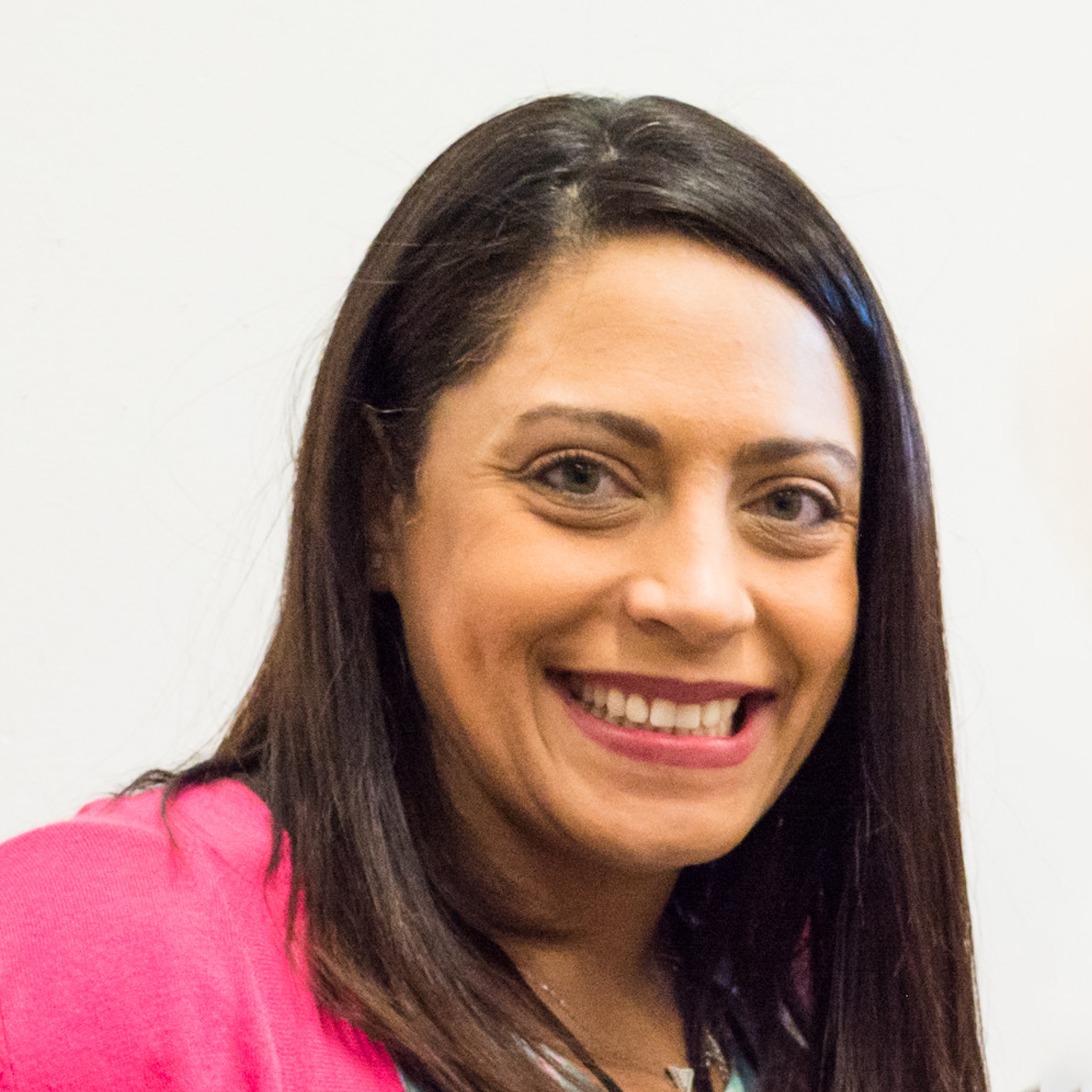 Jenna Youssef is an exceptionally talented and passionate project and risk management professional, with more than a decade of project management and software deployment experience. Jenna is a hands-on visionary, reputed for delivering quality projects and services with a comprehensive understanding of organizational goals, objectives, and derivatives. Jenna graduated from Strayer University with a B.S. in computer information systems and a minor in marketing. She currently lives in Austin with her husband and children. 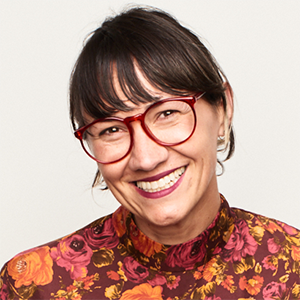 Lila King leads global lifestyle partnerships for Instagram, where she works with creators of many kinds – from food to wellness to meme artists - to help them build businesses and bring new ideas to life on the platform. Before joining Instagram in 2016, King had a long tenure at CNN, where much of her work focused on participatory journalism initiatives, including launching and leading CNN’s iReport, the first citizen journalism network supported by a major global newsroom. Lila lives in New York with her partner and the world’s most spirited dog, Jet. 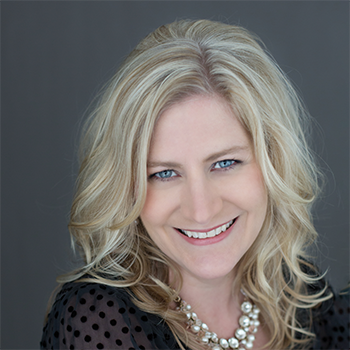 After 30+ years in a successful corporate career, Marne made an mindful life transition from “success to significance” when she retired as a CEO to form the Invest in Her ® Foundation, Inc. -a private foundation dedicated to investing in girls and women so they flourish and, in turn, nurture, connect and bring peace to the world. She is passionate about supporting women and girls throughout the world and has volunteered extensively throughout her life and has served on numerous non-profit and foundation boards including Girl Scouts of the USA, Women in Trucking and the Women’s Fund. She is currently a member of the Young Presidents Organization, and a trustee of J. J. Keller & Associates, Inc., and the J. J. Keller Foundation. 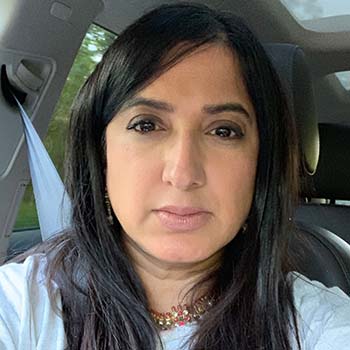 Nausheena was born in London, England but grew up in Halifax, Nova  Scotia.  Since moving to the States she has volunteered on boards that match her passion and vision for helping promote and empower women, children and interfaith issues. She has served on the boards of the Princeton Girl Choir, Habitat for Humanity, Princeton University’s Mizaan Retreat and the Sisterhood of Salaam Shalom.  She is the parent of three amazing human beings and the mother-in-law to a bonus son. 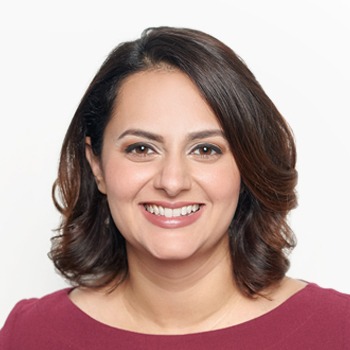 Dr. Saba Rizvi received her medical doctorate from the University of South Alabama College of Medicine in 2005. Dr. Rizvi felt drawn to emergency medicine because ER doctors are often on the frontlines in caring for the disenfranchised and abused. For six years she worked in a busy Level II Trauma Center ER in western Colorado. Dr. Rizvi brings a unique perspective on women's health issues to ConnectHER. She has insight into the psychological and physical trauma faced by women and girls who have been victims of domestic partner abuse, child abuse, and sexual abuse. 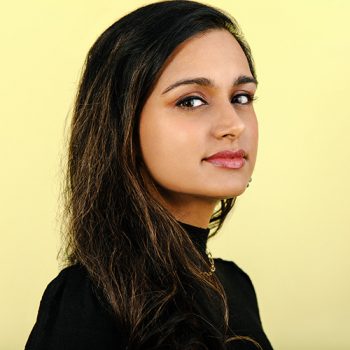 Samira Khan is the Director, Campaigns & Field Insights, within Global Public Affairs at Microsoft. Prior, Samira worked at the intersection of social innovation/impact + tech at both Microsoft, where she was on the AI & Sustainability Market Development team, and Salesforce. Samira has worked across corporations, governments, and the social sector for over fifteen years on innovative solutions to solving some of society’s greatest challenges, beginning her career as a strategy consultant. She is especially interested in business model innovations and new ideas to deepen purpose and enhance wellbeing. She holds deeper expertise in the ESG space: diversity, equity, and inclusion (DEI); and digital inclusion.

Meet Our Advisory Board 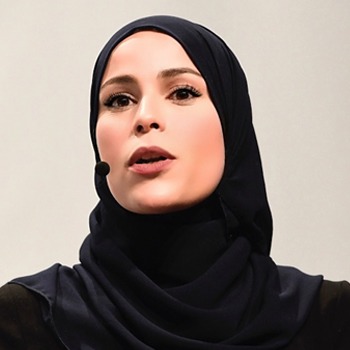 A medical doctor, Alaa Murabit is one of 17 United Nations Sustainable Development Goal Global Advocates, a United Nations High-Level Commissioner for Health Employment and Economic Growth, a TED speaker, founder of VLW, co-founder of Omnis Institute and a MIT Media Lab Director’s Fellow. She was recently named a 2017 Forbes 30 Under 30, an Aspen Institute Spotlight Health Scholar for her work in global health policy and a Harvard University Law 2017 "Woman Inspiring Change". Her TED Talk was named "TED Talk of the Day" and one of four "moving TED Talks to watch right now" by The New York Times. 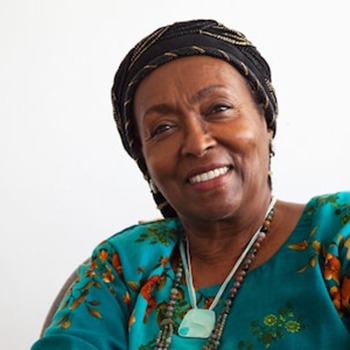 Edna Adan was born in Hargeisa, the daughter of a prominent Somali medical doctor and was trained as a nurse in the 1950s in the United Kingdom at the Borough Polytechnic, now London South Bank University. In 1980 Edna Adan started building a hospital in Mogadishu, Somalia. However, due to the beginning of the Somali Civil war, she was forced to leave the country before it was completed. She was the World Health Organization (WHO) Regional Nursing Advisor during 1986. From 1987 to 1991, she was the Regional Technical Officer for Mother and Child Health. 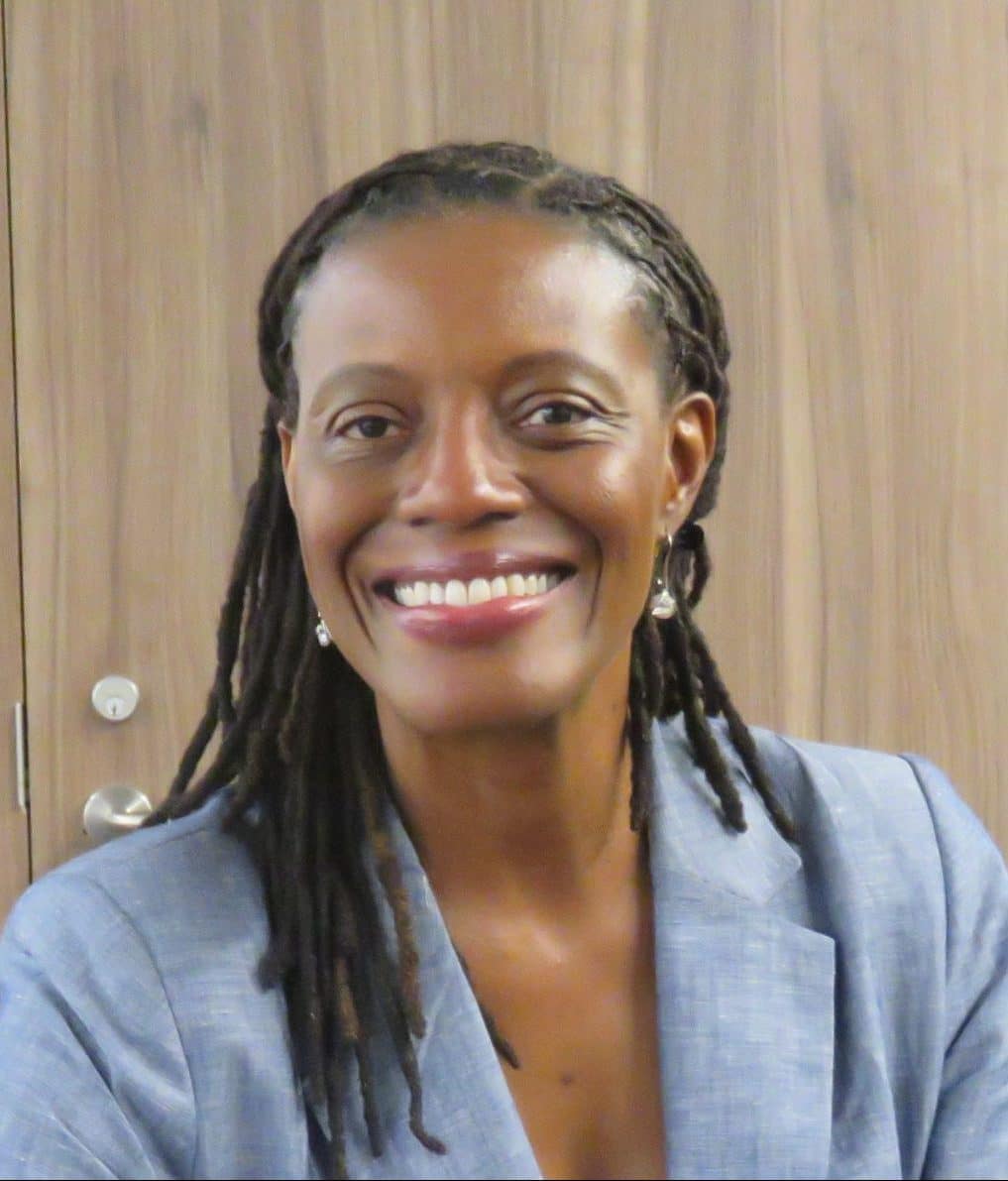 Jyarland Daniels is the Founder and President of Harriet Speaks, a racial diversity and communications consultancy that incorporates principles of compassion, mindfulness, conflict resolution and an emphasis on our shared humanity in training and helping others think about race. She also combines her background in marketing, communications, law, and to offer a multidisciplinary approach to issues of anti-black racism. When not reading, thinking or working with clients to improve dialog and work around racial equity, she can be found enjoying nature and taking pictures of birds. 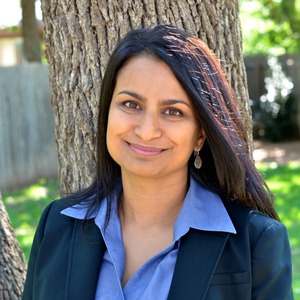 Munira Fareed is a seasoned technology startup executive who has lived and worked in Austin, Texas for 20+ years. She is committed to giving back to the Austin community and serves on the board of KIPP Texas and the advisory boards for ConnectHER and Miracle Foundation. Munira also works with Keep Austin Fed and refugee support programs in Central Texas. Munira was most recently the chief marketing officer at Hive9, the marketing performance management company. She also founded and ran Appleseed Partners, a B2B marketing company providing fractional CMO services to technology companies. Munira has served as the VP of marketing at LifeSize, and in marketing and strategy positions at Motorola Ineto, Netpliance, and Trilogy Software. She holds an undergraduate degree in computer science and economics from Lafayette College, and an MBA from Cornell University.